When there is no Substitute for Peace of Mind Meet Silicon Valley Attorney Kara N. Foster 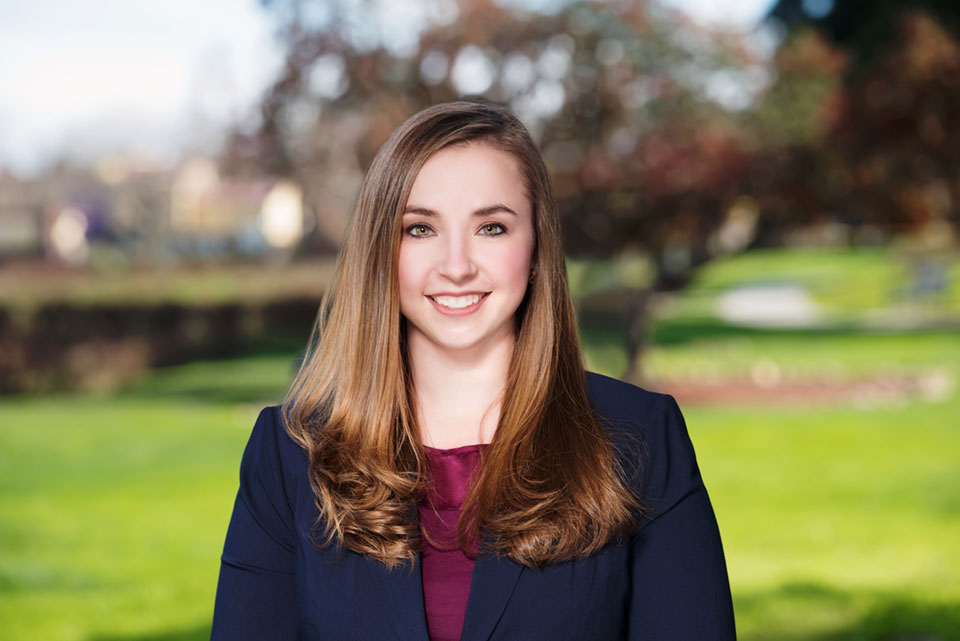 Q: When you were 10, what did you want to be when you grew up?
KF: I’m not sure that I knew what I wanted to do at age ten, but by thirteen I had three possibilities in mind, Research Scientist, Psychologist/Therapist, or Attorney. Ironically, I am now an attorney but hold bachelor’s degrees in Biochemistry/Cell Biology and Psychology.

Q: What expectations did you have after graduating and receiving your law degree?
KF: I expected to have to work really hard to get established so that I could make enough money to survive and pay off my student loans. I’ll still be working on that second part for a long time.

Q: How long have you practiced law?
KF: I was licensed in 2013 so I am going on my seventh year practicing.

Q: What type of cases do you generally handle?
KF: I mostly handle divorce and custody-related cases, with all of what that typically encompasses. Most divorce cases will include property division, child and/or spousal support, child custody and visitation, and attorney fees. I also handle cases which involve children, but the parents were never married, domestic violence restraining orders, prenuptial agreements, and postnuptial agreements.

Q: What is your approach or philosophy to winning or representing a case?
KF: I am definitely a settlement oriented attorney. I do not believe it is in anyone’s best interest to take a matter to trial. There are of course situations in which Court becomes the only option, but that is not the first place that I am going to run. I prefer to work things out between the parties outside of Court for several reasons. First, it is typically much cheaper for the client not only financially but also emotionally. Second, when parties have a chance to make decisions that work for them and their families, they are often much happier with the outcome in the long run rather than having a judge decide for you what is going to happen to you or your kids. Judges receive a very limited snapshot of the family situation and have to make a quick judgment with only the information they are presented with. In situations especially with children, I believe it’s always best for the parents to come together to make a plan for the kids and how they are going to share time with them. This ends up resulting in a much better situation for the parents and children who get to see their parents working together rather than dragging each other through the mud.

Q: What's the greatest fear you've had to overcome to get where you are today?
KF: Other than taking on the massive student loan debt that I incurred going to law school, the biggest fear I’ve had to overcome is public speaking. Even though I prefer to keep my clients out of court, it’s not always an option, and most cases will typically have at least 1-2 appearances in court. In that situation, these cases are not confidential so not only are you speaking in front of your client, the other side and the Judge, there is an entire courtroom full of people watching you waiting for their case to be called. While this was stressful at first, it has become second nature over the years as I will typically be in court for one reason or another several times per month.

Q: What’s one lesson you’ve learned in your career that you can share with our audience?
KF: Be careful who you have children with. You can always divorce a spouse and sever all ties, but once you have children with an individual, you are tied to that person for life with a cord that can never be cut.

Q: Which woman inspires you and why?
KF: My mother and my grandmother. They were both, for different reasons, placed into situations with multiple small children, in which they needed to suddenly support the entire family. They are the reason that I have had it drilled into my head that you will always need to have some way to support yourself and possibly your whole family, because you never know what life is going to throw at you. Yes, it’s great to have a two income household, but that is not always a reality and because of their experiences I will never rely on anyone other than myself to support me.

Q: What are some of the challenges you feel women face today?
KF: While women have made massive strides over the last 100 years, it is still crazy to think how much adversity and discrimination we still face on a daily basis. Women are still constantly objectified on a daily basis and not respected as much as their male counterparts in the workplace. While it is easier to land a job if you’re an attractive woman I feel as though it is harder to be taken seriously if you’re an attractive woman, and especially if you’re young.

In the legal field in particular it is rare to see a woman “make partner” and we are certainly penalized for getting pregnant and having a family. As a working mother, you are not only expected to take care of the household as though you don’t have a job, but also work as though you do not have children. It’s an unattainable paradox that has many working mothers worn down to the bone and why it is so important to find a partner who will fully support you and your goals and will share the burden wherever they can.

Q: What advice would you give to young women who want to succeed in the workplace?
KF: Be conscious of the battles that you will face being a woman in the workplace, especially if you’re going into a male dominated field, and pick those battles strategically. You will constantly need to think three steps ahead of your male counterparts in order to outpace them in the workplace. While I would never say to backdown on something you feel strongly about, be strategic in your response to situations. There is never only one way to handle a situation or get to the outcome that you seek. If you can recognize all of the different pathways to a particular outcome you will be much more successful than someone who can only see one way to get what they want.

1. If you could talk to one famous person past or present, who would it be and why?
Queen Elizabeth I. The amount of controversy and adversity that she had to overcome in a such a male dominated world has always been inspiring.

2. What were you like as a student?
I was not a great student, but I was always a great employee. It became very clear to me very early on that school is not actually representative of what you will meet in real life scenarios so I tended to put more efforts into my internships and clerkships while I was in school than I did my actual schoolwork.

3. If you were a superhero, what would your special powers be?
I have always wanted to have the ability to fly.

4. What app can’t you live without?
There is not an app that exists that I cannot live without!